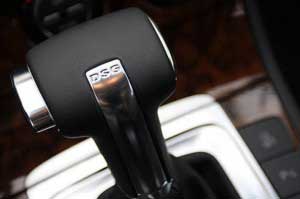 Our Most Advanced DSG Remap Just Got Better..!

We’ve been offering DSG remaps for over 4 years now and although we’ve been able to create some great DSG maps, there is always room for improvement and we have been working very hard to better ourselves and the DSG reflashing service options.

We’re proud to announce the latest release of our DSG Remapping software which will allow us to remap even more DSG gearboxes and unlocks all mapping parameters to ensure we can access all the necessary files to perform the most complete remap possible. All directly via the OBDII socket, making it completely Plug & Play!

Credit goes to our R&D team that have spent the last 4 years working to complete the most sophisticated DSG remapping software in the tuning industry.

How can DSG remapping benefit you

If you have a car with a DSG gearbox then you may notice the lag during take-off, the clunky gear changes and the lousy downshifting. All DSG gearbox suffer with this problem and it’s due to the software calibration of the maps. Reflashing the DSG gearbox with a Custom Sinspeed DSG Remap will eliminate all these problems and completely transform how the DSG gearbox responds to your driving style.

The DSG gearbox also has torque limiters for each gear so if you’ve previously had a remap, it will have been limited by the DSG gearbox so you won’t be getting as much power as you’d hoped.

Remapping the DSG gearbox will give you the following benefits: 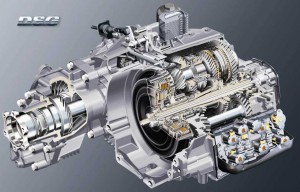 DSG Remapping = Zero Lag
When remapping the DSG gearbox we minify the processes to increase throttle response and practically zero the lag from take-off. So whether you’re standing still at a set of traffic lights waiting for them to go green or slowly rolling to a stop – the second you press the accelerator you will be moving again!

DSG Remapping = RPM Limiter Adjustment
RPM limiters are set on each gear for the DSG gearbox. It would be pointless remapping the Engine ECU rev limiter without touching the rev limiters in the DSG Gearbox ECU. Adjusting the RPM limiters here give us full control over the engines power in the upper RPM ranges.

DSG Remapping = Gear Shifting Speed Increased By 20%
We can optimize the DSG remap to increase shift response by up to 20% providing a smoother gear-to-gear transition and a significant reduction in unnecessary clutch slip under full load acceleration – protecting your automatic clutch from premature failure.

Reducing the shift time between gears allow us to simultaneously improve paddle-reaction-time by up to 40%. 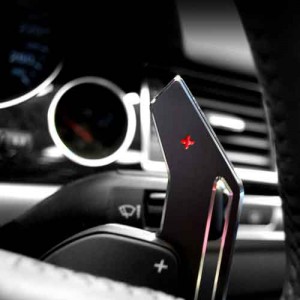 DSG Remapping = Automatic Shift Point Increased
Our DSG remap session will increase the automatic shift point to ensure your DSG gearbox is working with you synchronously, changing gears at the optimum speed to reduce lag and increase responsiveness.

DSG Remapping = Launch Control Activation
A perfect launch can now be achieved each and every time with launch control activation. Launch control will reduce your 0-60 acceleration times by maintaining the perfect throttle position to provide maximum traction off the line.

Launch control can be activated on most cars but is particularly effective on DSG equipped vehicles.